As well as receiving many hundreds of testimonials from delighted students, parents and teachers, Toe By Toe regularly features in the news. Here are a couple of Toe By Toe in the news stories to encourage and inspire you.

Reading is on the menu for Tony 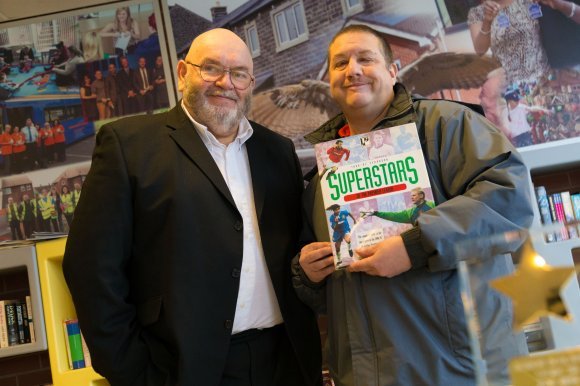 A man who grew up unable to read can now enjoy his favourite football magazines and even choose a meal from a restaurant menu after turning his life around.

46-year-old Tony Rider, a New Charter tenant from Stalybridge in Tameside has been learning to read with a volunteer since last April through a project called Great Readers.

The project, always looking to involve more people, helps adults in the area to learn to read by ‘buddying up’ with other confident readers.

Tony has been attending twice weekly lessons with a volunteer. Not just to read but to help him understand what he is reading.

He said: “I struggled a lot with reading. It was embarrassing if I was out because I had to ask people or family and friends to help me. I’ve always been into football and Manchester United and used to buy magazines. But I got disheartened trying to read them and shoved them to the back of my wardrobe. Now I can sit back and enjoy them. And when I go to restaurants I can read the menu rather than a friend reading it to me.”

Tony left school without learning how to read. He found it hard to pick up the skill due to barriers with his speech and hearing. Tony was also in and out of school for operations to fix a cleft palate.

He added: “I couldn’t read a full sentence. I used to travel to my mum’s to get her to help me read letters that came through my door.”

Tony contacted New Charter Homes about his desire to learn to read. He was referred to the Great Readers project, managed by LEAP (St Peter’s Partnerships) in partnership with the housing association.

Tony’s reading ‘buddy’ Les Barstow, who is also a New Charter tenant, has been helping Tony to improve his skills with a reading manual called Toe By Toe.

Although Tony has done lots of volunteering, he has never had a paid job. He hopes learning to read will help him to get work, possibly in the care industry. He has also written a CV for the first time with support through the project.

From not being able to read in April last year, Tony went on to win a New Charter “Stars That Shine” award last November for his faultless recording of Roald Dahl’s The Friendly Giant.

Both LEAP and New Charter are keen for more mentors and people who need help with their reading to come forward to be part of the programme.

Tony added: “It’s important to know how to read. People should know where to go for help because it’s made a big difference to my life and my confidence.”

If you are interested in becoming a volunteer mentor or know someone who would like to learn how to read, please contact Angie Knowles, Great Readers Co-ordinator at The LEAP Centre on 0161 214 8300.

Tony made it, but what about the rest? 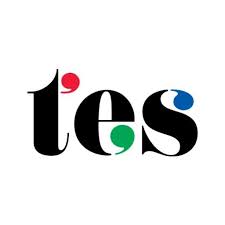 Tony is a tall, well-built young man in his early 20s with a pleasant smile and a sunny disposition. He works with his father as a painter and decorator and appears to be doing very well. He’s courting, as they say in these parts and has just bought his first house. I know him because I taught him to read. He came to me a couple of years ago and it was obvious that he was severely dyslexic. At the time he had a reading age of 7 years and 6 months. However, encouraged by his father who gave him time off work, he came to me for lessons. He is now fluent, with a reading age of 14 and particularly enjoys reading magazines related to the housing market; he has plans to become a property developer.

Tony studied at a huge secondary school nearby until he was 15. Like most schools in the area, they had little or no idea what to do about his reading problem. Sadly, he spent most of his school days in the special needs room, provided with drawing materials and effectively left to his own devices. One can only imagine the tedium of his schooldays. Tony freely acknowledges that he was disruptive and was probably a massive pain in the backside for the staff. Indeed, he concedes that sending him to the special needs room was probably the best option for his over-stressed teachers.

But something he said to me today has prompted me to write this. He was not always alone in the special needs room. Other non-readers – when they were not playing truant – were in there with him. Tony would like to have played truant with them himself; anything would have been better than having to endure his daily humiliation at school. But his father would never allow him to do such a thing. Indeed, the fear of his father’s wrath outweighed his desire to join the others at the local shopping mall. “All my mates from school,” he told me, “they’re either on drugs or in prison. It’s only because I was so scared of my father that my life is different to theirs.”

Unlike when I began my teaching career 40 years ago, dyslexia is now much more widely recognised. Schools now diagnose the issue and resources are thrown at the problem. Yet Tony attended school as recently as the late 1990s. It’s not a bad school by any means and has extensive special needs provision. In fact I knew its Senco from that time and he was a dedicated, though overworked, teacher.

The Perils of Poor Reading Skills

In my field of literacy training, we deal with many young men who draw little or no benefit from school. If they have close family support, the experience may not prove too damaging in the long term. They can go on to make a good life for themselves. However, we should always consider the tedium and humiliation they must endure at school. Many can’t wait before the blessed day comes when they can legally leave school. Only then can they find themselves a job and a meaningful way to spend their time. And we must also consider those many young men whose frustration will have led them in other directions.

Sadly, despite advances in the understanding and recognition of dyslexia, we are still failing these children. This results not only in damaged lives but in a prison population most of whom are barely literate. The real tragedy is that it can be avoided. The tools exist for all people to be given the gift of literacy.

Not only for their benefit but for the benefit of society as a whole.