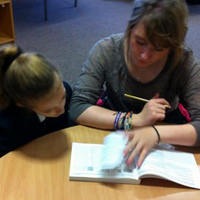 The Toe By Toe Buddy System has achieved remarkable results in schools that use it. The Buddy System (also known as mentoring) uses older students to tutor their younger counterparts. As well as improving struggling students reading skills, schools also report the Buddy System has other positive consequences. This includes:

Where the Toe By Toe Buddy System is used

The Buddy System has been pioneered by various UK schools. These include:

Head teachers, staff and students all report the change in the schools’ ethos has been quite dramatic.

The success of using Toe By Toe as a mentoring tool has prompted the introduction of similar schemes in a variety of locations throughout the world. Minlaton District School is pioneering the use of such schemes in Australia. Huge improvements in literacy are evident in prisons through the work of the Shannon Trust. (see Toe By Toe in Prisons and this Documentary Video on the success of the Toe By Toe Buddy System in UK prisons).

The Bridgend Ynysawdre Comprehensive School in Wales won the Welsh Secondary School Award for its Toe By Toe Buddy System initiative. The school’s Headteacher Trevis Woodward sent us the following testimonials, speaking in praise of the Buddy System:

“Toe By Toe has been an enlightening time where I taught other students. But in a way I was also the one being taught how to teach. Toe By Toe is a great experience.”

“The Toe By Toe Buddy System has had a marvellous effect on both coaches and pupils alike. Instead of failure, these pupils have started to experience success. This has manifested itself throughout the school with pupils becoming more confident, better behaved and, because their reading has improved, they are also making progress in other subjects.” 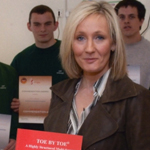 “One of the most important books I’ve ever signed.

Learning to read represents a significant turning in anyone’s life, and may be the one thing that makes a difference to help people in prison turn their lives around”

If you are interested in learning more about the Toe By Toe Buddy System, we actively support schools planning or running Buddy Schemes through workshops, monitoring and general advice.